I am the current President of the Italian Association of Cognitive Sciences (AISC, 2017-2019) and the Chair of the Steering Committe of the European Conference on Argumentation (ECA, 2013-2021). Since 2012, I am Editor-in-Chief of Topoi: An International Review of Philosophy (Springer), and Director of Sistemi Intelligenti (Il Mulino), the leading Italian journal in cognitive science and Artificial Intelligence. I am also in the Editorial Board of the journal Argument & Computation (Taylor & Francis) and of the book series Studies in Logic and Argumentation (College Publications), and I am a member of the Workgroup on Psychology of the publishing house Il Mulino. 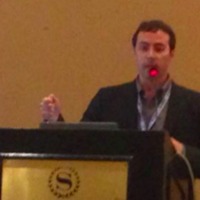 Antonio Lieto is a Researcher (RTDA) in Computer Science at the University of Turin (Dept. of Computer Science) and a Research Associate at the ICAR-C.N.R. in Palermo (Cognitive Robotics and Social Sensing Lab). He is Associate Editor and member of the editorial board of the journals Cognitive Systems Research and of BICA (Biologically Inspired Cognitive Architectures). His research focus is on Knowledge Representation and Reasoning, Semantic/Language Technologies, Cognitive Semantics and Cognitive Architectures for Robotics. On these topics, he has published more than 60 peer-reviewed scientific papers in international journals and top AI conferences and has edited 6 books. He has been Visiting Researcher at the University of Haifa (Israel, Dept. of Information Systems), Carnegie Mellon University (USA, Dept. of Psychology and School of Computer Science) and Lund University (Sweden, Dept. of Cognitive Science). Since 2015 he is member of the international IEEE technical committee on Cognitive Robotics (http://www.ieee-coro.org). He is the current Vice-President of the Italian Association of Cognitive Sciences (2017-2019). Personal homepage: http://www.di.unito.it/~lieto/ 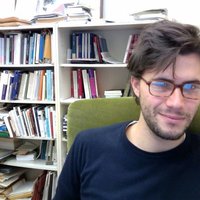 Filippo Domaneschi is researcher at the University of Genoa (Italy) where he Director of the project EXPRESS – Experimenting on Presuppositions financed by the Italian Ministry of Education, University and Research. He has studied at the University of Genoa (Italy) and at the University College London (UK). He has been Post-doc Researcher at the Department of Linguistics – University of Konstanz (Germany) and Visiting Lecturer at the Malmö University (Sweden). His research in Psycholinguistics focuses mainly on experimental semantics and pragmatics and his research interests concern polar questions, presuppositions, implicatures, figurative language, context dependence and the neurolinguistic components involved in pragmatic processing.
Personal home page: https://filippodomaneschi.wordpress.com

Francesco Bianchini is a senior assistant professor in the Department of Philosophy and Communication Studies at the University of Bologna. His research fields are philosophy of science, artificial intelligence and cognitive science, with special regard to epistemological topics related to mind studies, neuroscience and robotics. His research has also been concerned with human language, concepts and cognitive models in simulative contexts, especially the biologically inspired ones. He is also interested in specific forms of inductive reasoning, as well as in the study of analogy and models in scientific explanation. Gabriella Airenti is associate professor of developmental psychology at the University of Turin, where she was one of the founders of the Center for Cognitive Science and presently is a member of the scientific board of the Center for Logic, Language, and Cognition.  She is a past president of AISC (2014-2016). She has been a visiting scholar at King’s College, Cambridge (1990); invited professor at the Ecole Normale Supérieure, Paris (1999); and invited researcher at the Institute of Advanced Studies of Paris (2010). She works on the acquisition of pragmatic abilities and the development of theory of mind.
Selected publications can be found at the following link: http://unito.academia.edu/GabriellaAirenti

Francesco Gagliardi holds a M.Sc. (2002) cum laude in Cybernetics, a M.Sc. in Software Technologies (2003), a Ph.D. (2008) in Computer Science and a Ph.D. (2013) in Philosophy of Science. He has had industrial experience since 2003, and has served as technical functionary for the Italian State since 2006; currently he is chief technical functionary for Defense Industries Agency. He has developed research activities at University of Naples “Federico II”, University of Rome “La Sapienza” and National Council of Research in Naples. He was member of scientific and program committees of several conferences and is referee for international journals and conferences. He received several scientific awards and grants. He is member of steering committee of Italian Association for Cognitive Sciences since 2011. His main research interests concern artificial intelligence, cognitive modelling, machine learning, diagnostic reasoning and their epistemological and philosophical aspects.

Pietro Perconti was born in Milan in 1968. In 1992, he got a bachelor degree in Philosophy at the University of Palermo with a thesis on Wilhelm von Humboldt (supervisors: Franco Lo Piparo and Jürgen Trabant, Freie Universität Berlin). He got a Ph.D. in Philosophy of Language (University of Palermo, University of Rome “La Sapienza” and University of Calabria) in 1997 with a thesis on Kantian linguistics (supervisor: Lia Formigari). In 2001, he held a Researcher position in Theoretical Philosophy at the University of Messina where, in 2003, he becomes Associate Professor in Philosophy of Language and, in 2010, Full Professor. His early research interests centered on the history of linguistic ideas and subsequently shifted to cognitively-oriented philosophical approaches. He edited three volumes, published six monographies and numerous essays appeared as book chapters or in scientific journals. 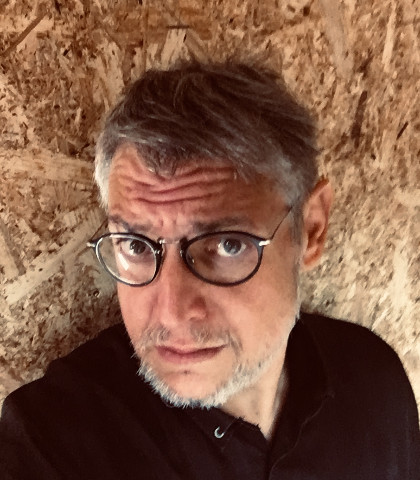 I am a transdisciplinary scientist, currently the Scientific Director and CTO of Istituto Nazionale di Ricerche Demopolis, and Managing Director of the Soft Computing Applications to Cognitive Science (SCo2) research Unit at DMI, Università degli Studi di Palermo. Among my research interests: evaluation of complexity in artificial and natura networks, recursive aspects of reality, development of low cost IoT mobile applications and projects, philosophy and history of Soft Computing, social aspects of cognition. I have authored more than 100 scientific publications, and currently sit as editor of the ECSC journal  “Archives for the Philosophy and History of Soft Computing”. I am a proud member of AISC from 2005.

At present, I’m a lecturer at the University of Genoa (http://filosofia.dafist.unige.it/amoretti). Previously, I’ve been a Post-Doctoral fellow at the University of Genoa and the ICT, CNR, Rome, a Visiting Scholar at the University of Malta, and a Visiting Research Fellow at King’s College, London, the Rurh-Universität, Bochum, and the Technischen Universität München. Between 2010-2014 I’ve been a member of the Steering Committee of the Italian Society for Analytic Philosophy, and between 2012-2014 Vice-President. My main areas of specialization are philosophy of science, especially philosophy of medicine and psychiatry, philosophy of mind, and feminist epistemologies. My current research interests concern the general concepts of health and disease, the definition of mental disorder and the nosology of DSM, as well as some topics of gender medicine. Among my last publications: Filosofia e medicina. Pensare la salute e la malattia (Carocci, 2015).

I am Associate Professor of Philosophy of Science and Director of the Center for Logic, Language, and Cognition at the University of Turin. I have held previous research positions in Trento (Center for Mind/Brain Sciences), Marseille (Laboratoire de Psychologie Cognitive, CNRS), and Munich (Munich Center for Mathematical Philosophy), among others. I am area editor for the philosophy of science of the journal Ergo, and a member of the editorial board of Topoi: An international review of philosophy. I have been involved as coordinator, principal investigator, or collaborator in funded research projects in Germany, Italy, and Spain. My research activity includes classical issues in philosophy of science and interdisciplinary work on human reasoning, including formal epistemology, experimental psychology, and the study of judgment and decision making (with applications expecially in medicine).

School of Advanced Study of the University of London

Mattia Gallotti is Research Fellow in Philosophy and the Manager of The Human Mind Project at the School of Advanced Study of the University of London. A trained philosopher of mind with a background in the social sciences, he has published in philosophy and cognitive science journals, including Philosophy of the Social Sciences, Trends in Cognitive Sciences and Philosophical Psychology. Gallotti has held fellowships from the Jean Nicod Institute, in Paris, and Columbia University’s Italian Academy in New York City, before taking up the current position in London. He holds graduate degree in economics and philosophy from Bocconi University, the London School of Economics, and the University of Exeter.

He has been Vice-President and member of the Governing Board of the Italian Association of Cognitive Sciences from 2011 to 2016. He is director of the series: “Le mente e i sistemi cognitivi”. He has organized several conferences on cognitive sciences in the role of chair and program chair. He has been visiting researcher at the University of Dundee, Scotland. He has been Researcher for the European Joint Laboratory ““Interdisciplinary Laboratory on Interacting Knowledge Systems” (ILIKS), organized by Centre National de la Recherche Scientifique (CNRS – France) whose main research interests concern the theoretical foundation of interaction with a strongly interdisciplinary approach encopassing cognitive sciences, linguistics, philosophy, economics, logic and computer science. He has also been investigator of the Network of Excellence “Knowledge Web”, a network of the 6° Programme of European Framework entitled “Supporting the transition process of Ontology technology from Academia to Industry is the main and major goal of Knowledge Web”. His reasearch interests are natural language, communication, theories of concepts, AI, philosophy of cognitive science.

My research aims to develop interdisciplinary studies in the cognitive and social fields. I am interested in explaining the emergence and evolution of macro social phenomena in social systems, such as social norms and enforcement mechanisms (e.g. punishment and sanction), by integrating the research findings in cognitive science into a set of operational models. I use both Agent Based Social Simulations and Laboratory Experiments to test these models.